Back to all posts

Sonny Sharrock And The Age Of Discovery 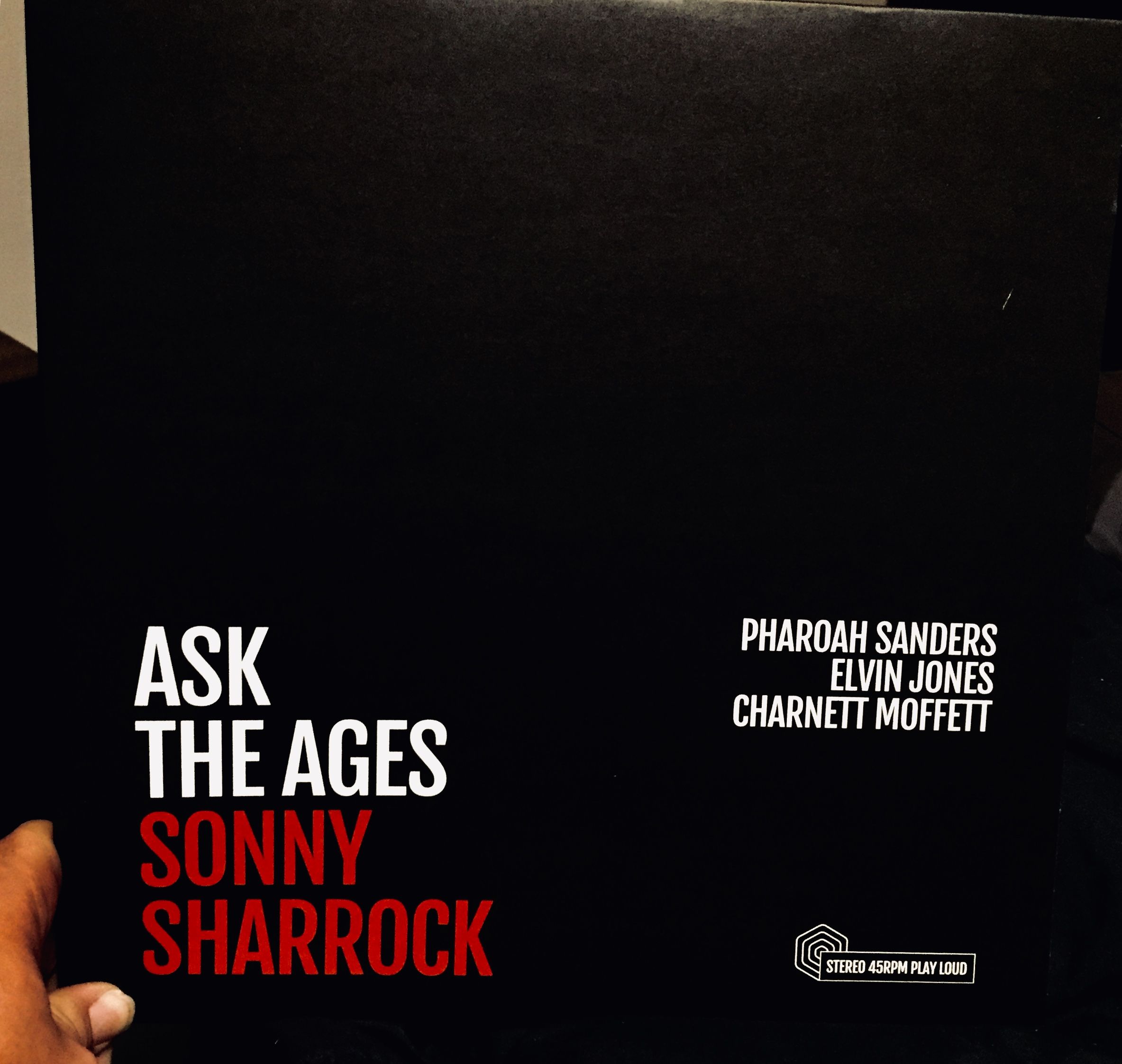 I was 17 or 18. I had gone down to see a friend in Carbondale.  The plan was to see Buddy Guy.  He was opening for a jive rock band.  You’ve heard of them, but I won’t mention them. This is right when Damn Right came out, 91 or early 92. I got to meet him after the show. The whole experience was surreal.  Me and my friend went out drinking afterwards. There was a bar that didn’t check ID’s. We threw back a few, someone entertained us with what Paul McCartney calls the ‘herbal jazz cigarette.’ I had never been on my own before.  Meaning, I had never been away from supervision. I never walked the streets without knowing my curfew or being accompanied by someone.  This was a new world.  I felt so free.  That night, I met an student/artist who painted with his own blood.  In the dim light of the dorm room, he talked to us about his work. He smoked clove cigarettes. In my inebriated state, the scent was both intoxicating and revolting. When we went to sleep in my friend’s room, the CD Ask The Ages was put on repeat.

I had heard Kind Of Blue, I heard a little Coltrane, I heard Take Five.  But this was really one of my first experiences with jazz.  Hearing this record at this moment was a blessing.  It was able to tie in elements of music I already cherished with something completely fresh to my ears. And it was happening on a night when everything was new. Exploring was something I was feeling, the world was becoming big. Promises Kept opens the record. Sonny Sharrock has multiple layered guitars playing melody and in harmony with Pharoah Sanders. One of his guitars almost sounds like a warbled wurlitzer. Sonny’s overall tone was one of great strength and magnitude. While I hadn’t explored jazz guitar players, I knew that this tone was not typical jazz tone.  In a world where most guitar players had a big ol’ hollow body through a dark, clean amp, Sharrock had a Les Paul through a Marshall 800.  The melody and changes sounded like the old world. As I laid down, I felt like they were summoning someone.  It was a call to the skies, it was a search for answers.  Ask the ages.

After a few minutes of melody, Pharoah Sanders is just screeching.  It’s as if he is demanding for meaning.  I was in the school jazz band.  Most of the horn players wore nice sweaters and played pretty. (Not all, I might mention.) This sounded like someone murdering someone with their bare hands.  And yet it was descriptive, lyrical and not as barbaric as you’d think. It wasn’t gore. It was life. There were also moments of absolute tenderness. I liken what Pharoah does to someone with the ability to reach into the sun. I don’t know why. It’s just how his playing feels to me.  And while the image of reaching into the sun may be beautiful and seem powerful, the results would surely be devastating. Sharrock takes over and stays in step with Pharoah. There are moments of pure beauty staggering around these other moments of sheer terror.  Beautiful terror. Tranquility within terror.  Peace within terror. Terror within terror.

As all this menacing was happening, Charnett Moffett and Elvin Jones just kept stirring up sounds behind the soloists.  They were inciting riots. I couldn’t believe I was hearing this loud electric guitar at peace with an acoustic rhythm section.  All of it made perfect sense. Who Does She Hope To Be? is next. This is one of the prettiest ballads I have ever heard. It was almost as if the band knew you needed a break from what had just transpired.  It was almost as if they knew that they needed to show you their connection with all things beauty.  The melody is sparse, the time lags. Sharrock again layers guitars.  There is this over chorused guitar that fills the place of a keyboard. It should be noted around this time, a lot of jazz records didn’t sound very good.  There were gated snare drums and keyboards with cheesy patches or guitars drenched with chorus. This record sounds good.  The drums are open. The upright is full and is never buried no matter how aggressive Sonny or Pharoah get. Sonny’s tone comes across as natural as Pharoah’s.

This record was never released on vinyl. In 91, vinyl was mainly phased out.  And it makes sense, sadly. The CD was cheap to make, people could take them in their car.  The discman was out in public. People had stopped purchasing big cumbersome pieces of wax in order to carry something with them.  Also, smaller label recordings were able to happen on CD as vinyl was costly and profits were smaller. Bill Laswell produced it.  His resume is very varied.  He’s produced such a spectrum of people.  Bill has produced Herbie Hancock, Mick Jagger, Gil Scot-Heron. He’s played bass with the likes of David Byrne, Brian Eno and The Golden Palominos.  He’s also been in charge of some really odd remix records of artists like Bob Marley.

I have always longed for this on vinyl. In 2015, the record was remastered and reissued on CD only.  It left a lot of us scratching our heads as CD sales are almost extinct and vinyl has been on the rise over the last decade. (Note Many Mansions is playing behind me. The groove is a drone, similar to what Coltrane did with Olé or My Favorite Things but played like Band Of Gypsys.) There is no information on how the album was remastered for vinyl. I can’t seem to get much info from Hive Mind. And by that, I mean they haven’t responded to any questions I have sent them. My feeling is there was probably a transfer to digital in 2015.  I’m guessing that at that time period, they were waiting for someone to license a vinyl version.  Laswell is credited on this reissue. The sound is impeccable.  The vinyl sings and showcases the music in away the original CD did not. The sound has more life.  I wish I was able to relay more about how the remaster was done but alas…

Once Upon A Time.  Seek it. Listen to it.  If you’ve ever wanted to hear something exploding with possibility and yet simplistic in nature, it is here.  Elvin starts the tune with this rolling figure.  I’m sure musicians reading this are cringing at that description, but I can’t find a better way to put it.  And when the instruments kick in, it is almost as if there are two separate songs playing.  There is no unity.  There is also no resolution.  Once Upon A Time just keeps going, even after it fades.  Anytime I hear this, I am immediately back on that floor in Carbondale.  My eyes are hardly open from the wide-eyed experiences of the day. Yet they remain open as this new sound was hitting my ears through the blockades of clove smoke. I couldn’t sleep. I couldn’t not listen. I still can’t sleep and I still listen. Sonny may never be mentioned in any RollingStone top ten lists.  Who fucking cares? Search him out let him destroy your perception of what can be done with music.